All our vehicles from the beginning 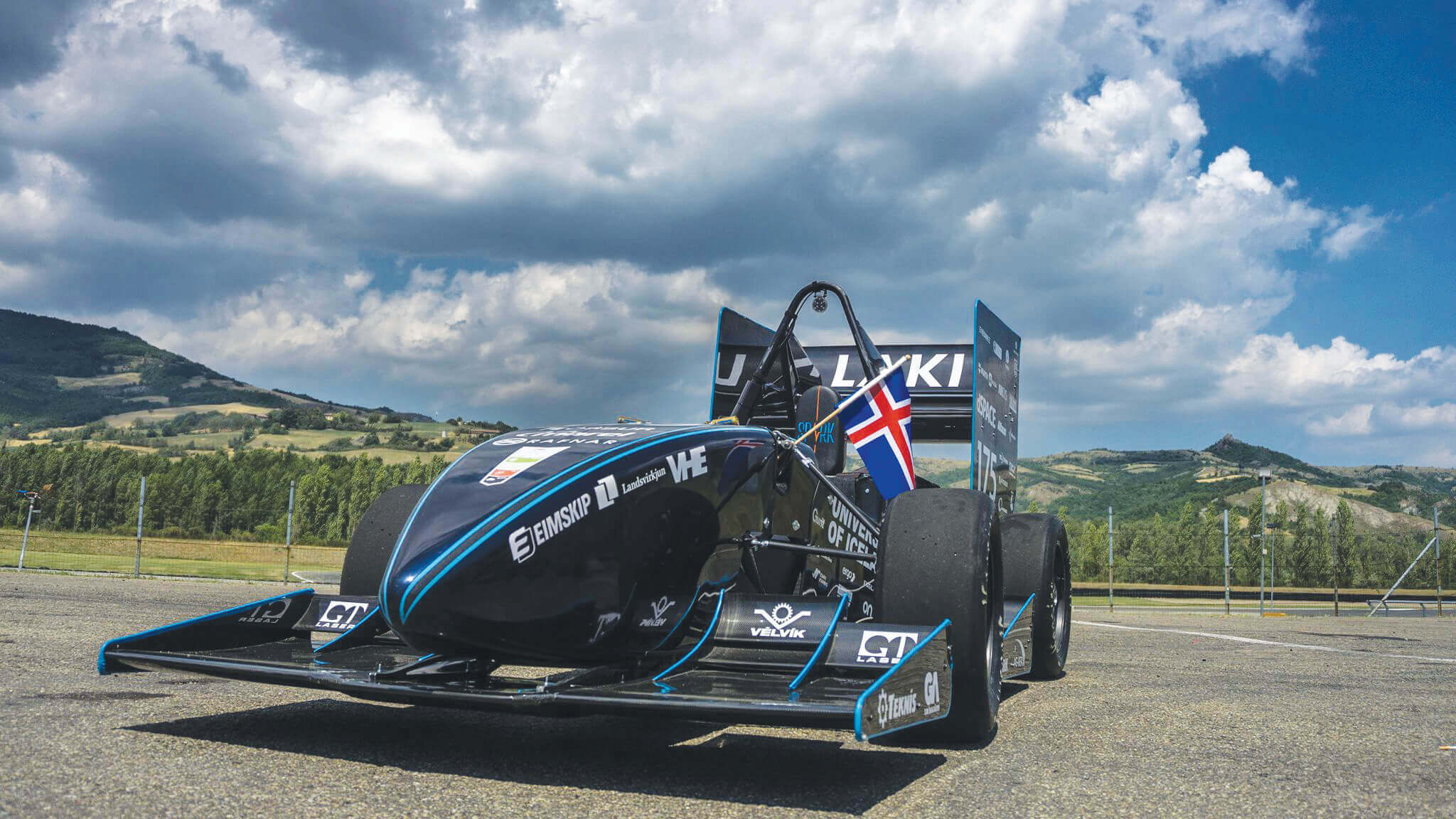 TS17 was named after a glorious volcano named Laki. It erupted over an eight-month period during the 17th century, spewing out lava and poisonous clouds which caused tremendous damage to Europe's climate and inhabitants. LAKI competed at two competition, FSAE Italy and FS Austria. LAKI has a full aerodynamics kit including side wings and a diffuser along with other new features such as a chain drive. 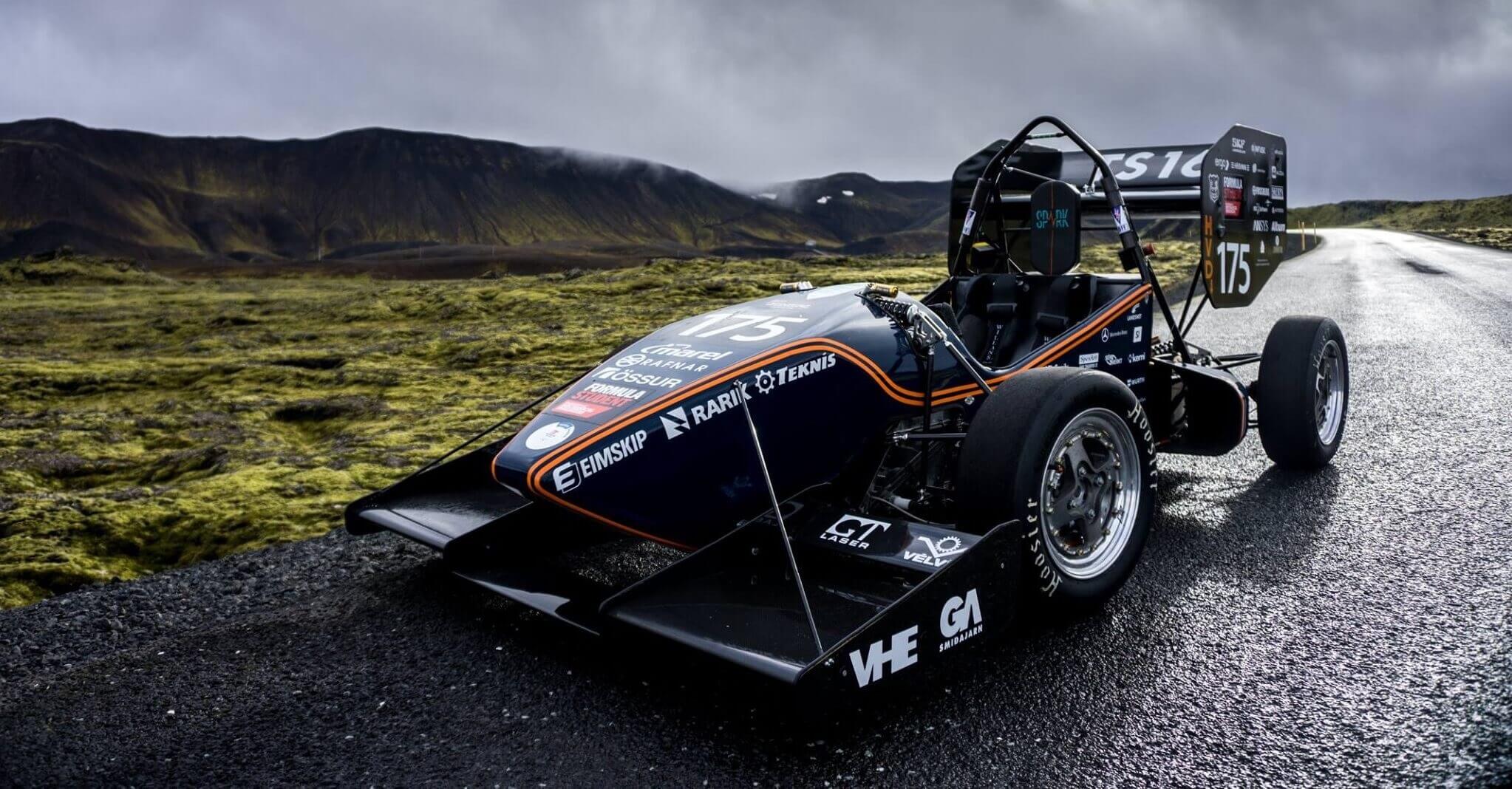 TS16 competed at FSUK and FSAE Italy summer 2016. It marked two major milestones in Team Spark history but it was the first car to compete at two different competitions and the first car to feature an aerodynamic package. Their production method of the aerodynamic package got a lot of attention and in fact people came in droves to visit our pit to have a look and ask questions. One of their guests was none other than Willem Toet - an expert who has among other things overseen the aerodynamics teams of Benetton, BMW and Ferrari. In fact, Willem was so excited about what we had made that he wrote an article on the subject. The design of TS16 was largely built on TS15, with tweaks and improvements where needed. 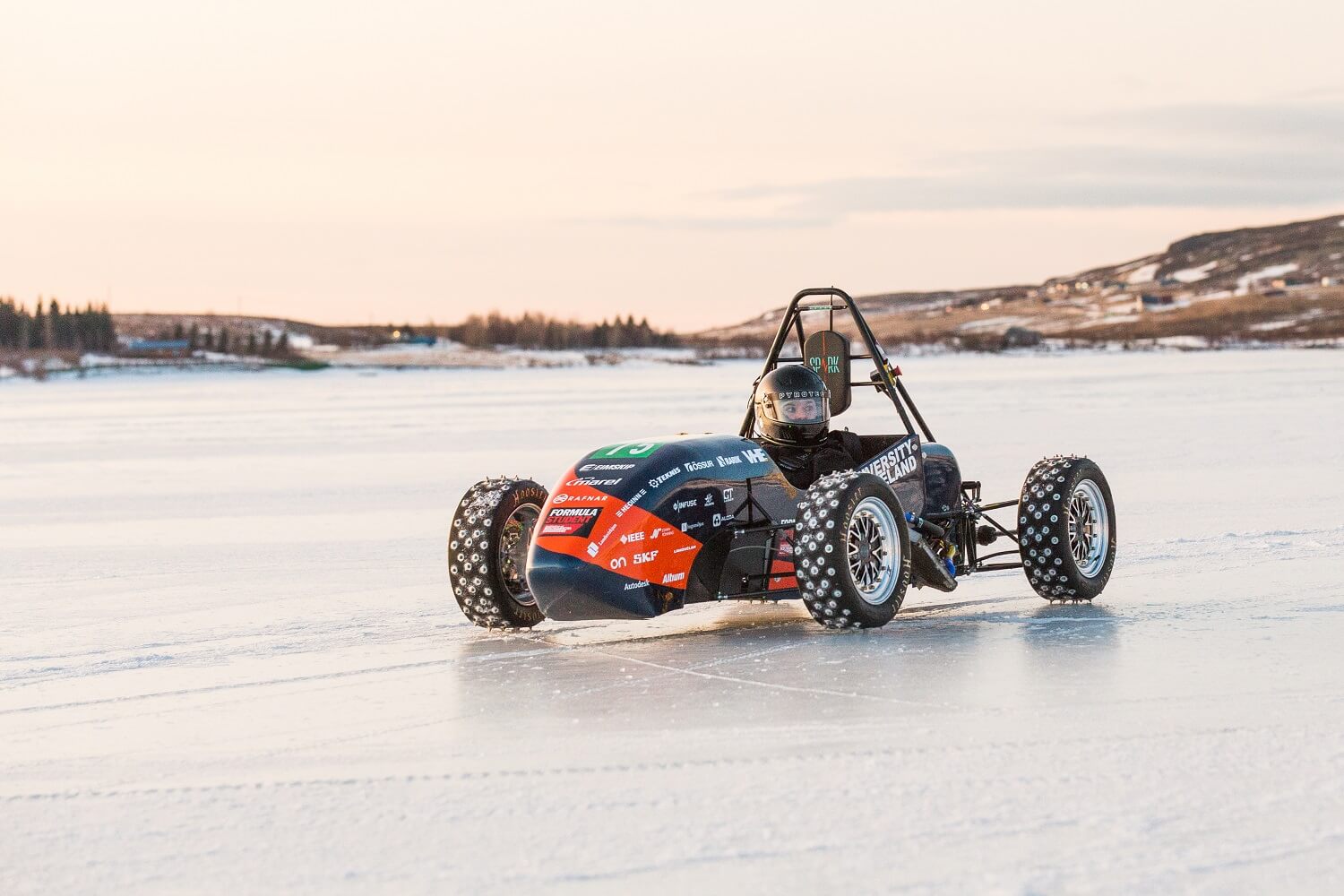 TS15 was built on TS14’s design but with major improvements regarding weight and performance. The car weighed around 220 kg, which is around 100 kg lighter than TS14. This was achieved by improving every single component with weight and strength in mind. For example, the tubes in the space frame are fewer, the body shell has fewer layers of carbon and all the tubes in the suspension system are now made from carbon fibers, instead of aluminium. The peak power output of TS15's motor is around 100 kW, which makes the car comparable in performance with the cars they were competing with. TS15 marked a new era of performance for Team Spark! 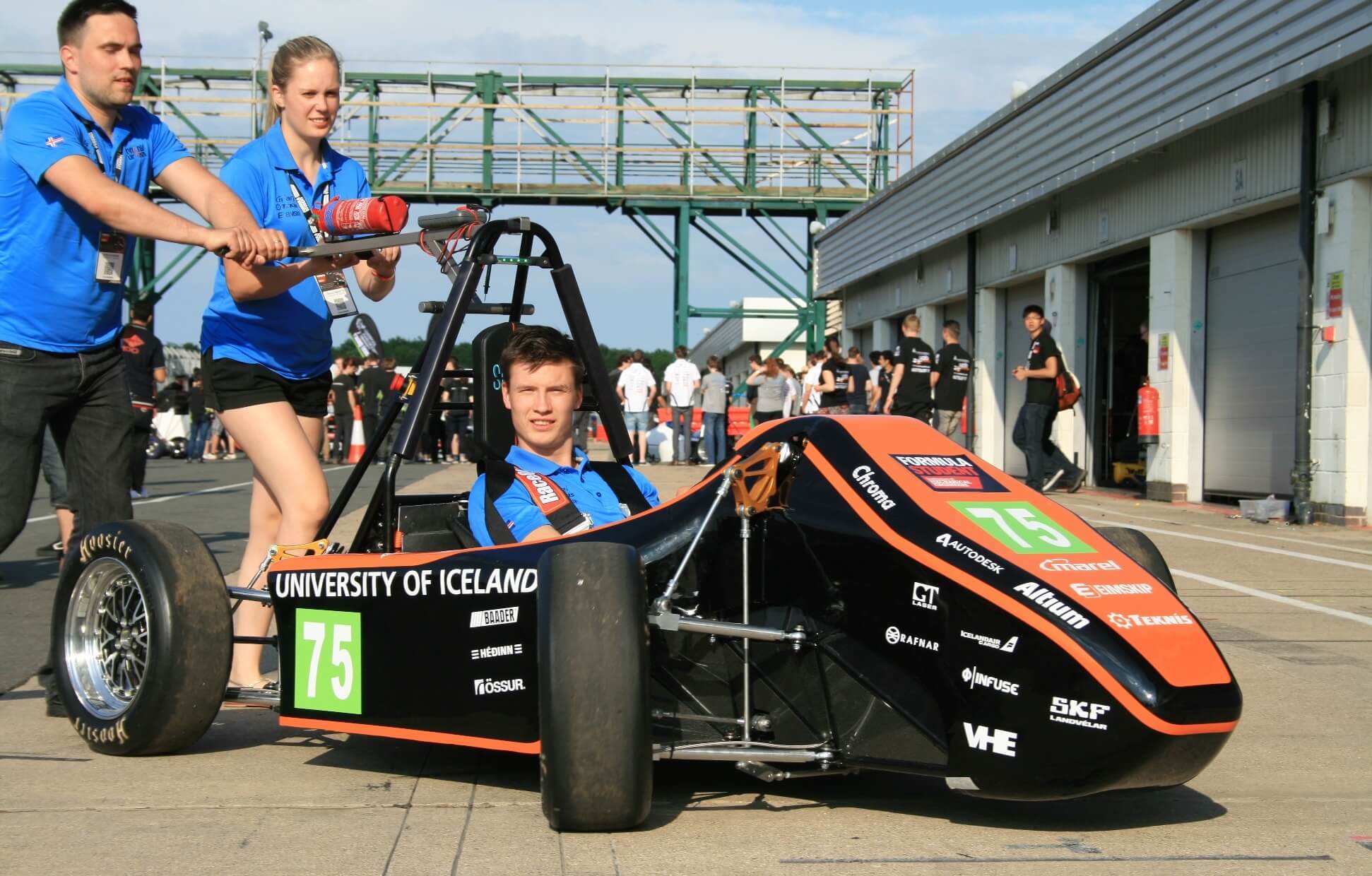 Team Sparks third car, TS14, is the team's second drivable car and the first car to get through scrutineering. The car’s design is based on earlier models, especially TS13, but there were also made improvements according to prior comments from the judges in the competition. The car's batteries are arranged in two separate compartments on each side of the car, which are made from a carbon fiber aluminum composite matrix. The frame is made so the driver gets the space he needs but also ensures a low centre of gravity by leaning the driver backwards. The seat is made of carbon fiber and therefore three times lighter than the seat in TS12, which was made of glass fibers. The car suspension is a double unequal wishbone pushrod system. A new manufacturing process was tried out when making the bell cranks, they were sandcast from aluminum. The positive mould used was made from a 3D printed model of the bell cranks. TS14's body was manufactured from prepregnated carbon fibers<. 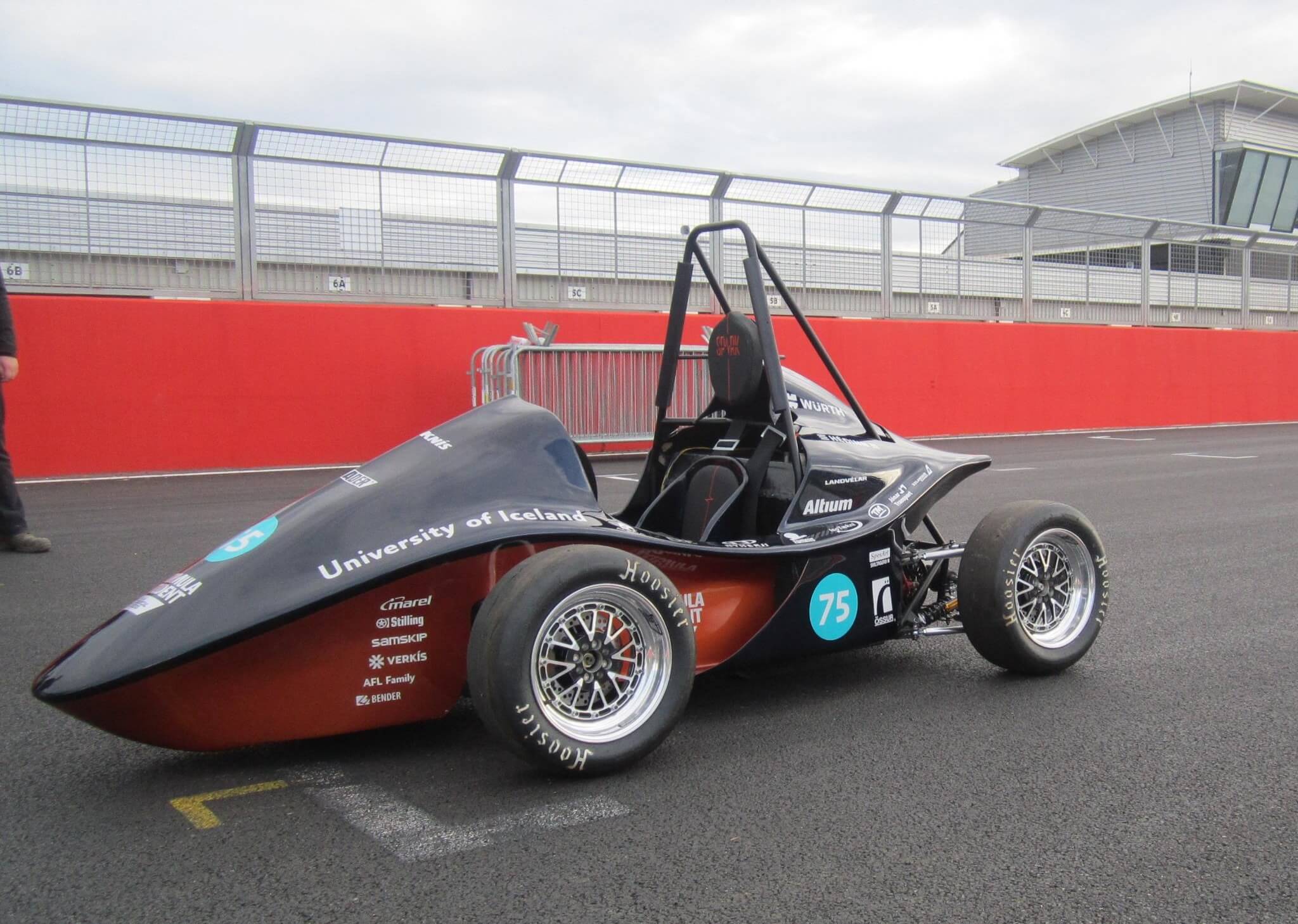 TS12 was the first fully built car. Completely new ideas were used when designing the car. The batteries were placed behind the driver's seat and the electric system was made from scratch. The frame was strong and safe, both the suspension and drivetrain were designed to be simple, safe and reliable. The body was designed and manufactured in cooperation with the Iceland Academy of Arts. Team Spark competed for the first time in class 1 in 2012, but the car was unfortunately not drivable at the event. 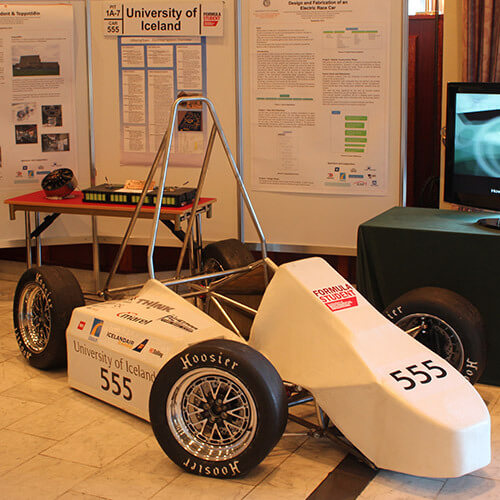 Team Spark's first car. The car had a simple suspension system, a frame made of steel and body made of glass fibers. The car was without a drivetrain when the team headed out to Silverstone to compete for the first time in 2011. The event went well, and we got the Airbus Teamwork Award for showing a great team spirit.